I had the chance to review the HUB IT for 1800Pocket/PC and after just a short time using it, it’s proven to be quite useful. In fact, I’ve used it every single day since I first received a review unit from Eggtronic.

Eggtronic’s HUB IT – Sync & Charge Station’s wide array of features come from its twelve varieties of unique Qi Wireless Charger Cartridges, which allow you to customize your HUB IT as you see fit for devices you own yourself. This essentially gives you the ability to charge every single one of your devices at one time, ensuring you’ll never run out of juice. The device includes seven ports on the outside and also allows you to add more with additional cartridges.

HUB IT delivers a sleek and compact power source package with a 2.5A powerful output per port at a speed of up to 5Gbps. The station includes three USB 3.0 SuperSpeed ports and four retractable cartridge connectors, which can be changed and upgraded with the latest connection format.

Using the cartridges, you can connect a Qi wireless compatible device, a micro USB device, Apple Lightning, a Galaxy TAB, a Nintendo DSi or any other electronic gadget, including tablets and even laptops. I used the device to charge a Nokia Lumia 822 as well as a Kyocera Hydro Elite smartphone and a Toshiba Encore WT8-A32 Windows 8.1 tablet. 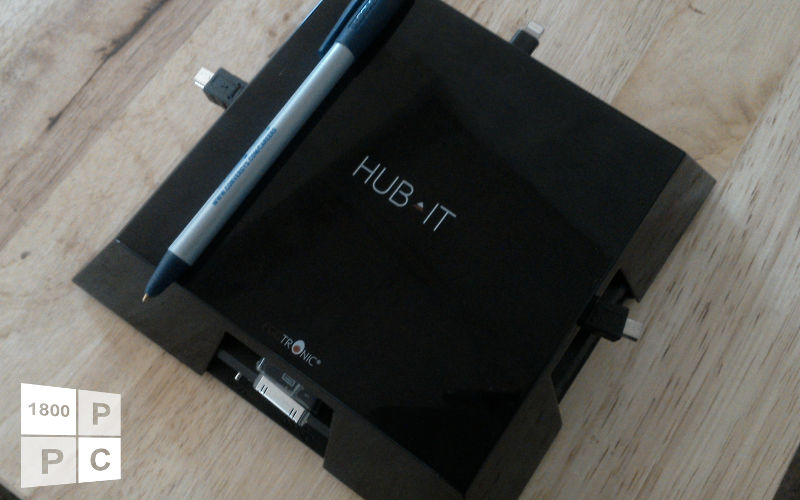 Before I go too far with my experiences with the charger, for those who may not know what “Qi” is, Qi is a wireless charging standard that was developed by the Wireless Power Consortium. It employs electromagnetic induction technology to produce a magnetic field that in turn generates an electric current to charge the batteries in devices placed on a charging pad.

The Qi Wireless Charger Cartridge in the HUB IT is compatible with all smartphones that support the Qi standard. If you have multiple Qi devices, you can add additional Qi wireless charging cartridges to recharge even more devices simultaneously and wirelessly.

The following HUB IT cartridge connectors are available now in the U.S.at amazon.com. 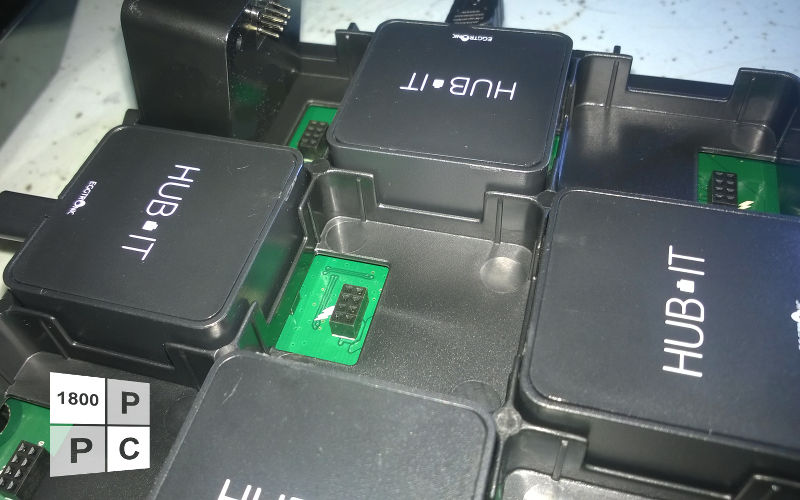 The following Qi Wireless Charging Receivers are available now in the U.S. at amazon.com:

For my review, I had multiple cartridges to choose from, but I’ve mostly used it with my Nokia Lumia 822. The phone charged very quickly (usually within a couple of hours or so, depending on whether the power is left on or off and if it’s still transmitting/receiving data. In fact, whenever I’m not using the phone, I now find it’s pretty much habitual to set it on the wireless charger to keep it fully juiced on a nearly constant basis.

The wireless charger is somewhat touchy, though, so you’ll have to make sure it’s positioned in just the right way to get charged. During my usage, any small movement would cause the charger to disconnect from the device and you’d have to move it around a little to get it to reconnect.

This is a common occurrence with most wireless chargers, but it’s just more apparent with the HUB IT due to its wider design. Most pads are shaped in a certain way so it’s more obvious where you should place the phone. With the HUB IT, the best way to work around it is to keep the wireless charging cartridge plugged into the middle cartridge slot. If you have more than one, you’ll want to place them on the corner slots.

The top case itself came off easily using just my fingers to pry it open. To avoid breaking the top, you’ll want to pull one of the two tabbed sides out slightly and then push up, as shown below.

Once you’ve opened the case, you’ll be able to see the cartridges, which can be inserted, swapped around, or taken out, depending on your personal preference.

The cartridges are easy to remove, but you’ll want to be careful when inserting them to avoid bending the cartridge pins. They were very sturdy and shouldn’t bend too easily, but we’ve all had days where impatience can get the best of us. 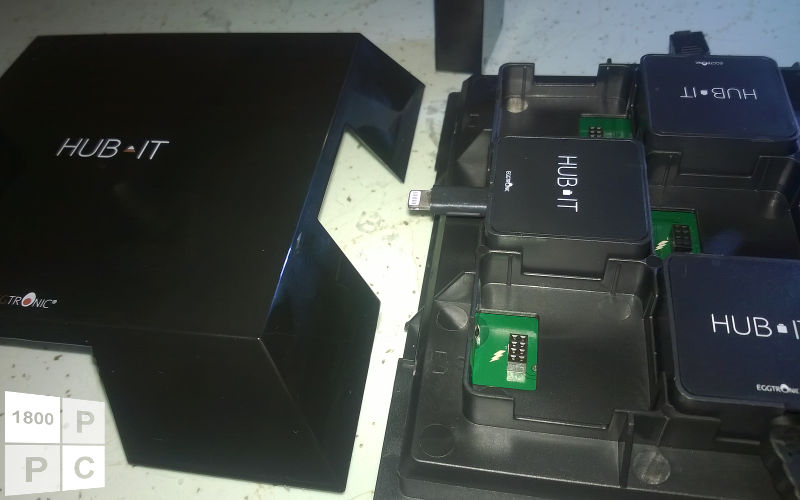 From there you can customize the arrangement of the cartridges to your liking and replace the top of the charger on the device. From there, simply plug it in and you’re all set!

The HUB IT was actually very simple to use while also providing a wireless and wired charging experience that you can fully tailor to your own devices. A model with a white case would be pretty sweet, but it’s currently available only in black.

Right now, it’s available in stores for MSRP of $79.99. Find out where to purchase the HUB IT here.

This review was originally published on 1800PocketPC.com under the title HUB IT – Sync & Charge Station Review: Qi Wireless Charger, USB Dock and Much More in One Device

You may have missed

Snapchat is Down in United States, Europe